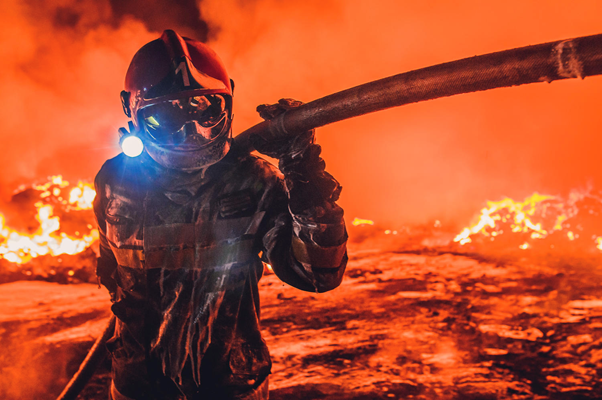 Hello again. Welcome to Abridged Judgement. There’s probably a PHD to be written on the concept of editorial judgement. Go for it, don’t forget to reference us. Many religions have it that life is but one giant submission to an Editor – successful and you have a really good afterlife, rejected sees you burn eternally. There’s even a purgatorial maybe pile. The concept of judgement gave religion carte blanche to condemn anyone that didn’t fit certain ‘standards’. Standards usually set by old men and vicious in their interpretation. Strangely as in the West (with the exception of certain parts of the US) as the influence of religion wanes the concept of judgement has migrated to the political and social in particular on the internet. Judgement is now quick, almost instant and without nuance. It is also without mercy. We shouldn’t be surprised. People need to judge like they need to breathe.

Thanks as ever to all our contributors and everyone that submitted to the issue. Thanks go also to the Arts Council of Ireland for funding this issue and to the Arts Council of Northern Ireland for their continued support. Thanks also to all the organisations that support us particularly Verbal. Thanks also to the Golden Thread Gallery and RUA RED. Thanks to Belfast Photo Festival for letting us look around their open submissions. And thanks of course to our loyal readers. Next: Dominion.

Judgement is situated in the future. It’s part of the aftermath, the reflection on and evaluation of any act –  a performance, a statement, a decision, a life – by which new directions or ‘fates’ are often decided. Judgement is a key component of so many religious afterlives, operating at the hinge between a life we know and the unknowable states that might come after. The list checked. The baggage examined. The heart weighed. Good or bad. (Naughty or nice). Heaven or Hell. Elysium or Tartarus. Reincarnation. Karma. Rapture. Award or punish. Accept or reject. Across cultures, religious and secular, the prospect of judgement hangs over heads. It’s something that can’t be seen in the moment, something anticipated through a trial or on a stage, something moved toward, pressing and shaping us from beyond.

The idea of this life as a performance on which we’ll be judged forever after echoes far beyond what we think of as religion. Fame, legacy, art, reputation – these are other afterlives, other counterpoints to oblivion, to total cancellation. When it comes to the mythological doorways of judgement, lightness is the ideal. The camel through the needle’s eye. The heart balanced with the feather. Every act leaves a trace, a mark on our record (especially in our worlds of mass surveillance), a burden we carry to the end. Creatures of desire, often the more we draw the world to ourselves the more conspicuous we become, the more vulnerable to judgement.

To be visible is to be seen, to be remembered, but to be seen is to be judged on what’s visible, and on what’s not. (Have your documentation ready. No entry without). We may be judged by a ‘higher power’ with a birds’-eye-view. We will be judged by those who are like us, those as half-blind and impermanent, as afraid as we are – our peers and our heirs, our allies and our enemies. We flicker between the positions of judged and judge, overlapping, like walking past a mirror.

To judge is to ‘say the law’ (from the Latin ‘jus’ – ‘dicere’). Law: from ‘something laid down or fixed’. It is to patrol a code of conduct. (Code, from ‘codex’: official list, manuscript, single block of wood.) To function, judgement requires the backdrop of a solid system of fixed ideas against which something or someone can be measured. At the same time, the architecture of any such system – any law, code or language – depends on the tidying ritual of judgement, and the authority of judges, to keep things steady, to confirm the boundaries, and to deter the chaos of alternatives that could tear down a building that is offering some shelter in the storm.

Judgement is a rein around the chaos of total freedom. At its best, it’s a tool for preventing one person’s freedom crashing into another’s, one’s freedom to act and take crashing into another’s freedom to live, to be safe. Judgement usually comes with certainty (of what’s wrong, and what’s right). But our various systems of belief – of morality – rarely line-up exactly. When, blinkered, one judgement judges another, there is a return to another (dangerous) chaos. Judgement is also part of the machinery of envy, used to keep others as bound and afraid as you feel. If we have to live within rules, we don’t want anyone else to get away with breaking them. At its worst, judgement is at the heart of authoritarianism, oppression and war.

The era of pandemic, with all of its panic and frustrated disempowerment, is the era of judge-thy-neighbour. Our celebrities, with their coveted perks of status and the afterlife of fame, are exposed to the harshest judgement for their humanity when opportunities arise. The game of judgement is our weekend entertainment. To judge is to construct, or imagine, a position of power. It’s a counter-weight to feelings of inadequacy, disappointment or fear. We judge what we see, what the fragment that an edit or a flash on a screen gives us access to inside the floods of information.

We’ve been told never to judge a book by its cover, never to judge on appearances; we need to be told, because we are inclined to do so. The less we have to go on, the easier it is to play the game, to do the calculations, to read the scales. The impatient machinery of our social lives invites quick yes-or-no judgements, thumbs up or thumbs down, swipe right or swipe left, guilty or innocent, with no room for the grey matter of in-between. It is part of our filtering (and now there is so much to filter).

To judge is to invite judgement. To stand in a room with someone is to risk dialogue,  to risk empathy. By and large we will choose to hide our faces as we bang the hammer, or be tempted to throw a stone with greater force from behind the defence of a wall. Because there is shame in casting judgement, in its simplification, its denial of the subversions and desires we carry around in ourselves like (we fear) ticking bombs, the seeds of our own uncertain afterwards.

This issue is in collaboration with Belfast Photo Festival and is funded by The Arts Council of Ireland.