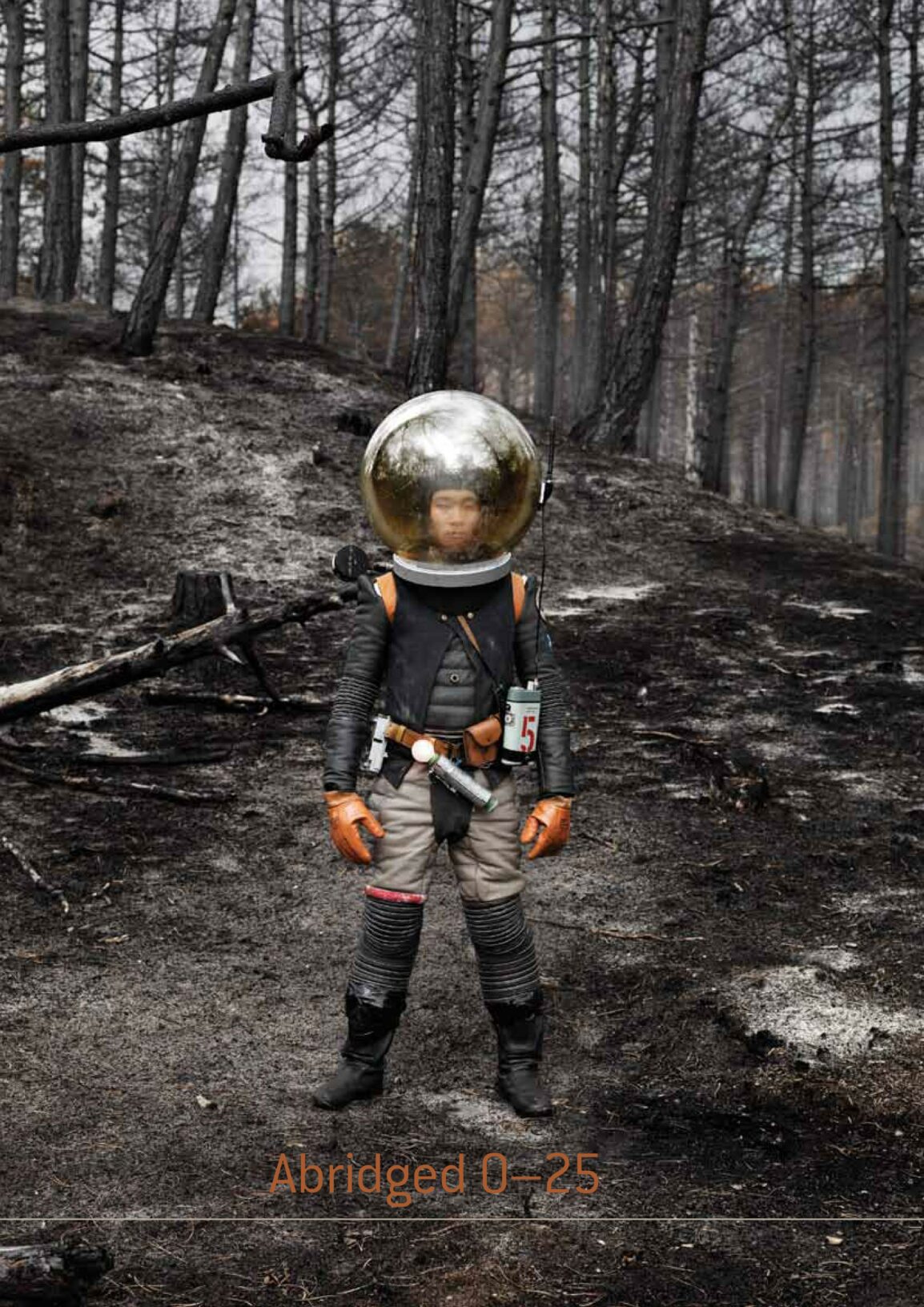 This was a good issue though the design didn’t really work. Originally we went into the studio to record the ‘sound of silence’ whatever that might mean. We weren’t sure then, still not terribly sure now. But essentially we wanted a soundtrack embedded into the pages of the issues. Not as in a musical notation within the pages (though that isn’t a bad idea now that we think about it) but more to be the basis of the design. It didn’t really work. The design looks ok but reminds us now of an old Windows screensaver a bit too much. Still, the cover looks great and likewise the content.

We, around this time, received a very enthusiastic and polite email (not a usual occurrence) from someone offering to help with the magazine (an even more unusual occurrence) so we welcomed our Susanna aboard. We hoped she wouldn’t get frightened and run away. At least not too soon. We’re delighted that over a decade late she’s still here and an integral part of Abridged.