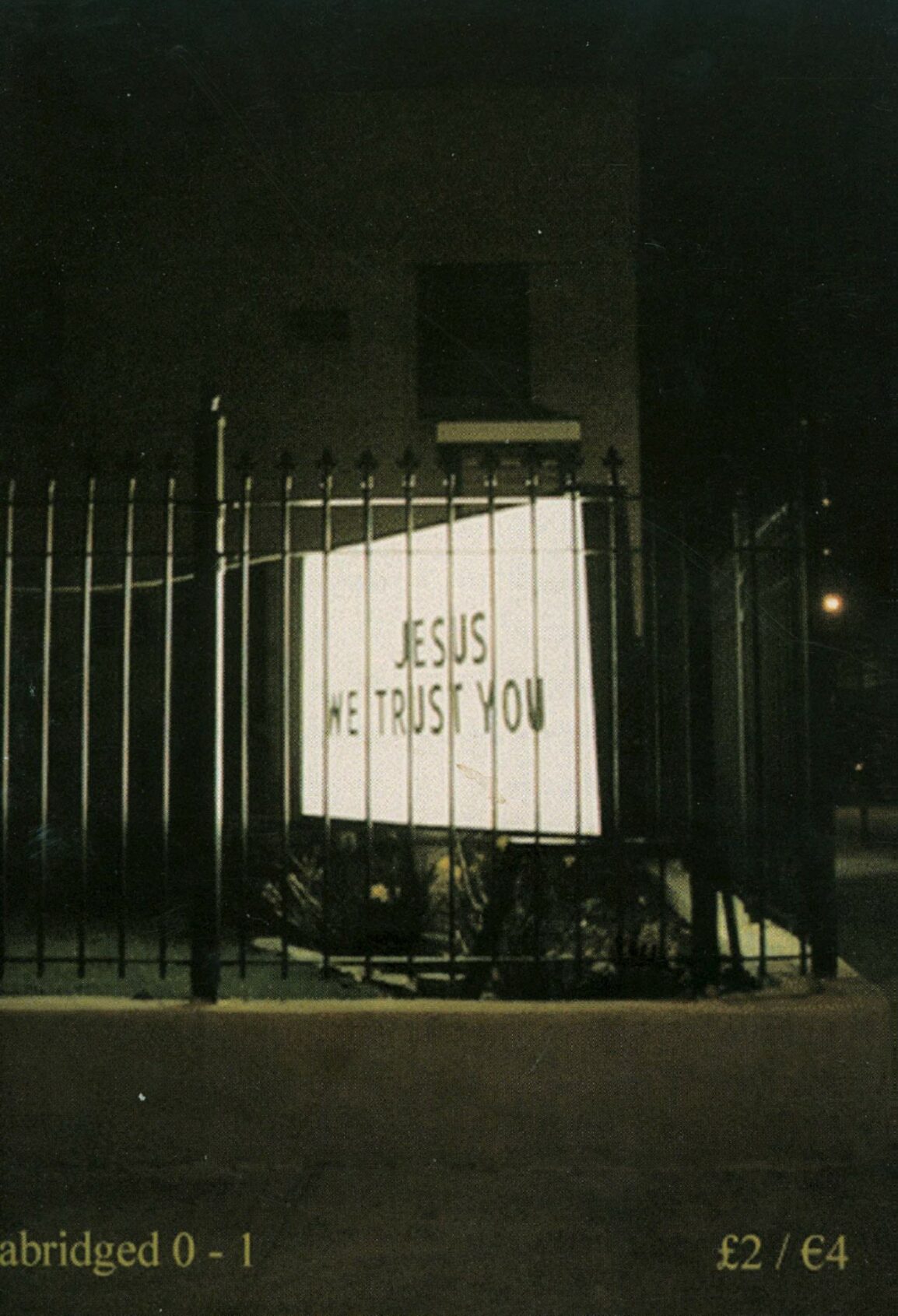 Well, looking back at our very first issue is rather chastening. It’s clear we though we knew where we wanted the magazine to go we can very little idea how to get there. The first edition is essentially still an issue of The Chancer, the precursor to Abridged that lasted for six issues except with (a very slight) improvement in production quality. Talking of production quality and design. We definitely didn’t know what we were doing. The paper was wrong, the design pretty much non existent. The issue was created on Publisher 97 or possibly 98 on a computer bought on HP from the catalogue (for young people – the catalogue was essentially where if you had no money you could buy and pay up for things weekly at an extortionate interest rate, Littlewood’s, Frazier’s being prime examples) and paralysed by the cold and computer viruses. You can see however that despite its (many) flaws there was something there, something that might take seed if we kept at it…

Welcome to the first Issue of ‘Abridged’. Who, what and why are we? Well Once upon a time there was a bad tempered little magazine called The Chancer that told tales of pubs, chip shops and dodgy goings on in car-parks. This contrasted with most other Irish literary publications that still filled their pages with would be Yeats’. This little upstart lasted more years than it probably should have and then faded quietly back into its cave. Meanwhile others did what The Chaucer did, some well, a lot badly but nobody with the same panache and dark humour. So one of the more disturbed minds behind The Chancer figured another intervention in the world of the Irish periodical was necessary and therefore ‘Abridged’ was born

Why ‘Abridged’? Because we all are in some form or other. We’ll leave it to you to put whatever connotation you like on the word and as such the work in this issue. You can consider each piece individually or as part of an ’Abridged’ grand narrative if you want to be postmodern. We are a platform for those left blind by what passes for the modern Enlightenment.

For submission and subscription details please contact Context Galleries, The Playhouse, 5-7 Artillery Street, Derry BT48 6RG. Tele: 028 71373538 Email contextgallery@yahoo.co.uk Special thanks to Context Galleries, Denzil Browne, Awards for All and all our contributors. This issue is dedicated to the good Doctor who knew something was missing. Gone to see his attorney. Permanently.

Abridged 0 – 1 was funded by Awards For All.

Abridged is funded by The Arts Council of Northern Ireland.

This Zone Archive project is funded by The Arts Council of Ireland.